How Likely Is an Integrated Process of Fire Damage Restoration in Seattle? 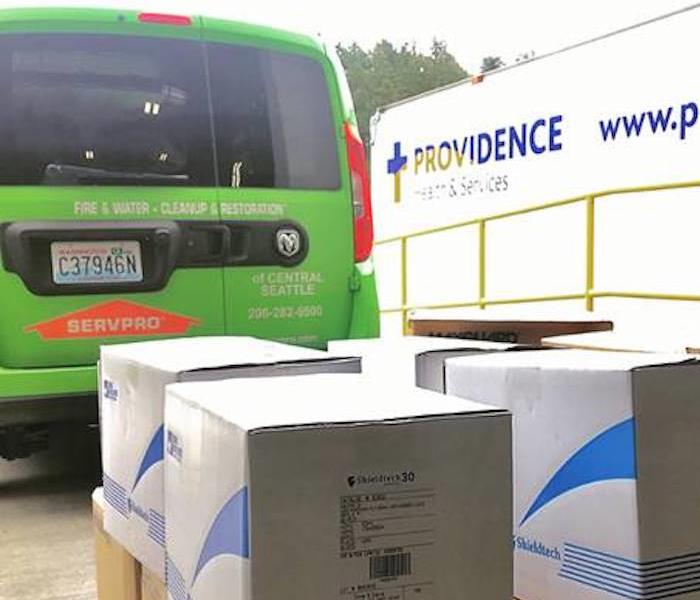 Home fires can take a toll on your spirit. Let SERVPRO handle all the work for you from beginning to end.Fire restoration is a specialty of theirs.

A warm, dry spring in Seattle 1889 set the stage for a citywide conflagration that became known as the Great Seattle Fire. The relative lack of moisture and other circumstances combined to create conditions for a disaster that changed both the look and the regulation of city infrastructure—reflecting upon the path taken after this momentous fire informed fire safety approaches in the Northwest and elsewhere in the country.

John Back, a worker in Victor Clairmont's woodworking shop located at what is now First Avenue and Madison Avenue, made a pair of mistakes that would completely change the landscape of Seattle. At roughly 2:15 pm June 6, 1889, a pot of glue Back heated to secure materials together in the workshop boiled, spilling over the top. The glue poured into the gasoline fire beneath and burst into flame. Quickly the fire spread to the floor, where it immediately ignited fuels in the form of scattered wood chips and drips of turpentine. Back tried to douse the fire with water, but the oil-based turpentine was lighter than the water, resulting in the flames' rapid spread.

Did Seattle Have a Fire Department in 1889?

An all-volunteer fire fighting force attempted to quell the burning once they gained notice of the emergency. It took 30 minutes for the volunteers to arrive, and by that time, the smoke was so dense planning for effective interventions was nearly impossible. The nearby Dietz and Mayer Liquor store and two saloons fueled an uptick in the fire's intensity, resulting in the entire Seattle block from Marion to Madison leaping into flames. Complicating matters was the bad luck that the Fire Chief Josiah Collins was in San Francisco at a firefighting convention rather than in the city to guide the rescue.

Was the Seattle Water Supply Up to the Challenge of the Great Fire?

For firefighters, a significant limitation in battling the fire was Seattle's rudimentary water system's inadequacy. A private enterprise, the Spring Hill Water Company, controlled the water provision in the city. Flaws in the configuration included:

Did the Community Support the Firefighting Effort?

Unfortunately, many of the citizens of Seattle exacerbated the situation by harassing the volunteers, blaming them for insufficient water pressure. Rather than assisting, townspeople criticized the firefighters as the winds picked up, spreading the fire to the:

The acting Fire Chief James Murphy was stripped of command by Mayor Robert Moran. Moran attempted to stop the spread of the fire by detonating the Colman block. The flames jumped over the block, consuming the wharves and moving up the hill in the direction of Second Avenue.

What Was the Fire Experience Like for Seattle Residents?

Fewer than two hours in, it was clear that the city center would not survive the blaze. The region surrounding Seattle was becoming aware of the crisis as smoke was visible from Tacoma. The distinctive roar of an out-of-control fire was reported to be audible miles away from the city as it raged unabated. The city sought help from Tacoma, Portland, and Victoria, British Columbia, but it did not come fast enough. Many buildings burned to the ground, but the Courthouse was saved by Lawrence Booth, who scaled the roof and poured water down the sides. Bucket brigades saved a few other commercial and residential properties.

How Did the Fire in Seattle Resolve?

Approximately twelve and a half hours after it started, the fire burned out at 3:00 am June 7, 1889. Over 120 acres burned, comprising an area of 25 city blocks. No accurate death toll was recorded, but the fire's cost is estimated to have totaled $20,000,000. The rebuilding of the city began immediately, with neighboring communities raising and contributing funds. Twelve months later, 465 buildings sprung up. Businesses reopened, and life continued, with an increase in the population of 33 percent.

Were There Permanent Changes in Seattle's Operations Because of the Fire?

The community of Seattle took the opportunity to reconsider the delivery of essential services during the aftermath of the fire. Enhancing fire safety into the future included:

Modern firefighting techniques have improved dramatically over the past 130 plus years. Many buildings are saved but need fire damage restoration in Seattle. Our Institute of Inspection, Cleaning and Restoration Certification (IICRC)-trained managers and technicians can deliver an outstanding outcome for property owners, always aiming to make it "Like it never even happened." We use our skills, experience, and advanced equipment to complete the following after a fire:

Who Can Help Seattle Residents with Post-Fire Build Back?

After fire damage restoration in Seattle, SERVPRO is uniquely positioned to tear out, repair, and replace irreparably damaged building materials. Our in-house construction division avoids your need to find and hire additional contractors. This saves you stress, time, and expense.

Rely on the wrap-around restoration assistance of SERVPRO of Central Seattle to resolve the issues presented by a household fire aftermath. Call us at (206) 282-9500 to schedule an assessment as soon as the fire department gives the go-ahead.