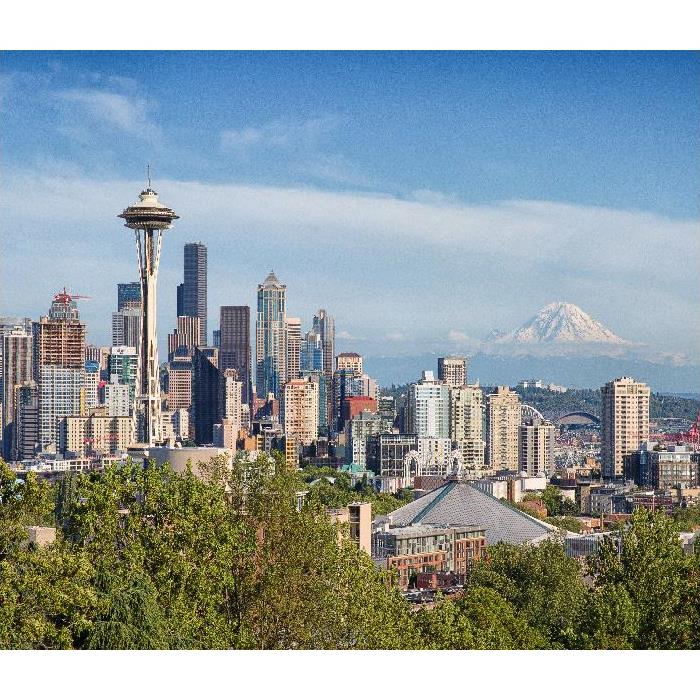 Call our team of professionals if your property is damaged!

SERVPRO of Central Seattle is On-call Twenty-Four-Hours a Day to Help Restore your Property.

Seattle is the biggest city in Washington State, with 744,995 residents and a thriving business community. Situated on the Westcoast, mountains, forestry, and water surround this city. In recent years, our city has become a booming tech hub with notable luminaries such as Microsoft and Amazon setting up headquarters in the Pacific Northwest. At the heart of Seattle is a community that opens its arms to visitors from all over the globe, whether they visit the iconic Pike Place Market overlooking Elliot Bay or cheering on the Seattle Sounders at the Century Link Field. Seattle is an egalitarian city that celebrates a rich cultural heritage and fuses it with technological innovation.

Living along Puget Sound comes with its fair share of culinary benefits. The result of this unique combination of the Pacific Ocean and the Salish Sea is a city that caters to all tastes. Pike Place Fish Market and its unique tradition of throwing fish before bagging it up for customers are known across the United States, and the market takes in up to 10,000 visitors each day. Take a trip down to Seattle's very own China Town International District between Pioneer Square, SoDo, and Ranier Valley to experience the unique flavors of Chinese, Japanese and Vietnamese foods. Alternatively, get out of the city and visit Washington State's Woodinville Wine Country, which has over a hundred wineries and distributes bottles worldwide.

Top spots for visiting in Seattle:

•    View the city from 605 feet by climbing the iconic Space Needle. From this height, you can see Elliott Bay, the Cascade Mountains, and Mount Rainier.
•    The Museum of Flight holds one of the largest aviation machine collections in the United States, including an Air Force One and a Lunar Rover or tour the real-life, fully-operating Boeing factory in Mukilteo.
•    Visit the roastery of Seattle's own international coffee-house Starbucks on Capitol Hill before heading to Phinney Avenue to sample unique Chocalatieers, Theo Chocolate.

The history of Seattle's Pioneer Place from the 19th to the 21st Century
Pioneer place is a culturally significant part of Seattle that still offers a rich, warming experience to visitors and residents. The square connects the Bay, China Town International, and hosts some of the world's largest tech companies. But Pioneer Place is also the first district of the city we now call Seattle and was initially set-up as early as 1852 when settlers put up temporary buildings to allow easy access to trade points along Elliot Bay.

•    The original Pioneer Place is unrecognizable from today's incarnation due to the great Seattle fire of 1889, which destroyed the primarily wooden structures and buildings that made-up downtown Seattle.
•    The 40,000 healthy residents of Seattle reconstructed Pioneer Place in 1890 using stone and masonry built directly above the old Pioneer Square to allow for modern drainage systems.
•    By the 20th Century, this unique place became a halfway house for the Klondike Gold Rush stampeders who took to Seattle as a final stop-off before heading on to Alaska.

From the sixties onwards, Pioneer Square was targeted for urban redevelopment, which has led to it becoming the cultural and technological hub that is today.

Exploring Seattle's Bustling Neighborhoods
Seattle is a city made up of almost twenty neighborhoods, with each area providing a distinctive feel to those who visit. Exploring central Seattle is easy thanks to the Center Monorail service, which takes a one-mile tour through skyscrapers, the needle, and downtown's Westlake Center. Further afield, the city offers West Coast beaches, boardwalks, restaurants, and greenery of Kerry Park and the Cascade Mountains. Some of our favorite spots include:

•    West Seattle is a waterfront town within a city that offers a blend of eateries, coffee shops, and fresh bakeries. The nearby waterfront is a connecting line between downtown and the West Coast, which enjoys sunshine throughout the summer months and plenty to do on the local piers. Seattle Art Museum is just an hour away from those enjoying the waterfront.
•    The University District is a celebration of innovation and academic excellence. This district features stunning period architecture and the Pacific Science Center, including a Planetarium and interactive exhibits all year round.
•    Capitol Hill is a district which takes a novel approach to nightlife. Must-sees include the Elliot Bay Book Company on 10th Avenue, Capitol Cider's on East Pike Street, and the Rock Box of Nagle Place for homebrews and night long Karaoke.

SERVPRO is a Leading Provider of Water Damage Cleanup for Seattle Residents and Businesses.

The downside of being on the West Coast is its propensity to suffer water damage issues. Seattle suffers from coastal, riverine, and urban flooding periodically. A burst pipe or water leak could cause serious harm to your property without correct drying and restoration outside of natural disasters. Our technicians are qualified to assess and dry your home using proven methodologies as well as equipment. Often, secondary damages that a property suffers, such as a mold growth, can result from incomplete drying. We ensure that your home suffers minimal losses and protect it from damages further down the line.
•    Our technicians hold qualifications from the Institute of Inspection Cleaning and Restoration Certification Body (IICRC), allowing us to confidently perform a range of mitigation and cleanup in residential properties.
•    Water leaks can affect the material assembly of your home. SERVPRO technicians can measure the extent of water absorption to ensure that we do not miss a drop during the drying process. Our industry-leading drying equipment includes dehumidifiers, air movers, and Ultra-low volume thermal foggers (ULV)
•    Our Crew Chiefs can keep you informed every step of the way, including providing specialty restoration services, advice on protecting your home from future damage, and providing time or cost estimates.

If a water leak in your property threatens to damage the structure and contents, contact SERVPRO of Central Seattle at (206) 282-9500.